Influencer marketing continues to drive sales across multiple markets. The food and beverage industry is no different. In fact, it’s well-positioned to leverage powerful social media tools and the influencers who dominate the leading platforms.

According to Business Collective research, food and beverage influencer marketing generates Instagram engagement at an average rate of 7.38%. For context, that’s five times the industry average. In 2021, the average business profile on Instagram only managed 0.83%.

There are a few reasons behind the success of food influencers. These seven brands understood how to get the most out of their food and drink influencers. More importantly, they engaged tactically with their consumers, planning around emerging trends and behaviours.

Here’s what made each one awesome.

Despite its origins as a German startup, HelloFresh went on to dominate US markets within its first year, and it’s only solidified its position in the decade since. Influencers played a major role in their marketing strategy.

They partnered with firms like the Influencer Marketing Agency in 2013 to expand into European and North American markets simultaneously. One of their most successful campaigns 一 #RefreshWithHelloFresh 一 involved UK influencers trying a range of HelloFresh recipes over 21 days.

Influencers posted their meals across social media, generating engagement through cooking videos and aesthetically-pleasing photos. The goal was to prove how easy it was to prepare delicious meals with the service. 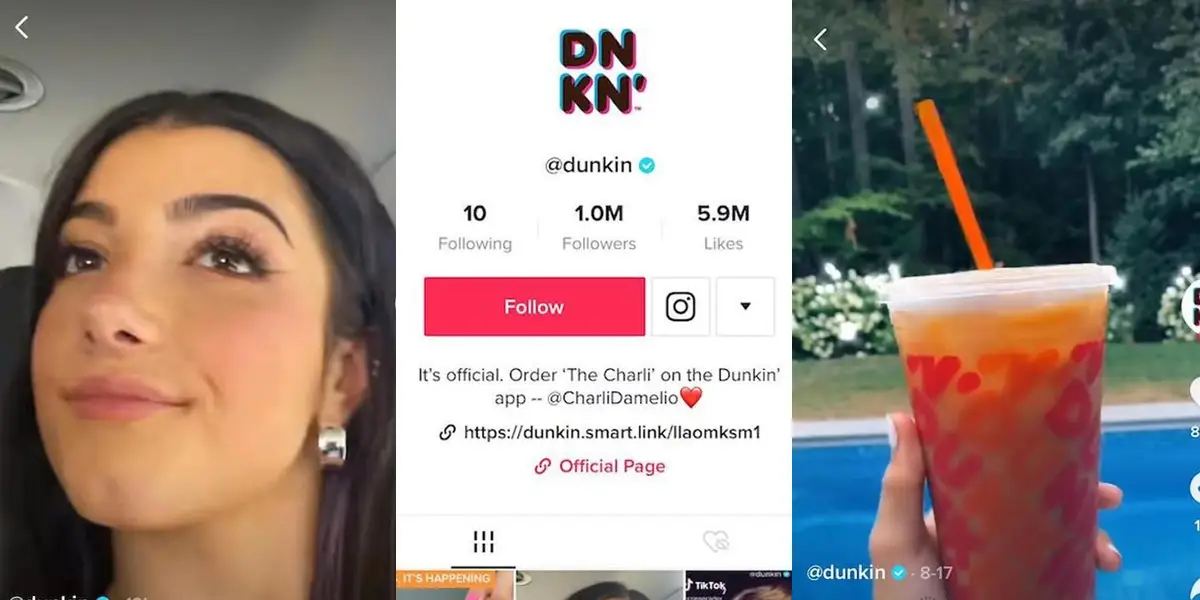 TikTok star Charli D’Amelio drove business to Dunkin’ Donuts long before the company approached her to be the face of the brand. D’Amelio rose to social media fame over the course of 2020, uploading short videos of her family, dance routines and, most importantly, her Dunkin Donuts order.

A branded cup featured in almost every video she posted, generating free organic sales for the coffee and doughnut company.

It wasn’t long before the Dunkin Donuts marketing team invited Charlie into their brand ambassador program. Rather than stick to the program’s usual antics like getting ambassadors to pass out coupons, they restructured it for the world of social media.

In early September 2020, Dunkin Donuts launched the Charlie. The cold brew coffee became an instant favourite with D’Amerlio’s Gen Z followers. To her dedicated audience, the Charlie was a way to celebrate their favourite content creator and influencer.

The hype they generated drew in consumers outside of the brand’s target market too, even if it was only to sample the drink. Dunkin Donuts saw a 57% increase in app downloads that quarter, and a 20% boost to cold brew sales.

Despite not being known for social media marketing, Oreo has launched some of the most notable influencer campaigns of recent years. Two come to mind: the “Oreo Dunk Challenge” and the Double Oreo collaboration with Chiara Ferragni.

Let’s’ start with the former.

Launched in 2017, the Oreo Dunk Challenge was a masterclass in growing reach, impressions, and social media metrics. The key lay in its simplicity. The challenge encouraged social media users to post videos of themselves dunking an Oreo cookie in a glass of milk with the hashtag #OreoDunkSweepstakes.

The sweepstakes winner would receive $2000, a small price for the amount of user-generated content Oreo inspired. The other prize, a VIP trip to an “Oreo Celebrity Dunk Event”, maximised the campaign’s momentum.

Social media influencers like Josh Peck and David Lopez created trickshot videos of their own dunks. They added personality, humour, and authenticity while expanding the campaign’s reach to their millions of Instagram followers.

Oreo took a different approach with their Chiara Ferragni collaboration in 2020. They partnered with the Italian fashion designer to launch the limited edition Double Oreo capsule collection.

The campaign went beyond social media, with the company getting the Double Oreo, and its Ferragni-designed packaging in retail stores. They didn’t just generate sales through this; they established a direct connection with Millenials and Gen Z through the young, fashionable influencer.

2020 lockdowns forced every consumer-facing industry to reinvent its marketing strategies. For many brands in the food and beverage industry, that meant investing in home cooks over culinary professionals.

The latter group couldn’t do much with hospitality businesses temporarily closed. On the other hand, home cooks were itching for new ways to “spice” up their meals. Spiceology’s food influencer campaign brought out the best in both groups.

Pre-2020, the award-winning company marketed its signature spice blends to professional chefs. In that time, chefs made up 40% of Spiceology product sales, equal with consumers, with 20% going to speciality grocers. When lockdowns began, they prioritised consumers stuck at home, who made up 80% of sales within the first six weeks.

You might not associate “micro” with one of the 10 most valuable fast food brands globally, but micro-influencers are essential to McDonald’s brand-building strategy. Categorized by a follower count between 10 000 and 100 000, micro-influencers offer a few advantages over the two more famous groups: influencers and celebrities.

McDonald’s also diversified their branding efforts by partnering with micro-influencers in food, lifestyle and entertainment communities. Investing in a single influencer would have limited their campaign to one audience, however large.

By collaborating with 14 micro-influencers for 26 sponsored posts, McDonald’s diversified their audiences for maximum impact. The campaign results:

Skittles is the globally loved, bite-sized chewy candy produced by Mars Wrigley. Their famous slogan “Taste the Rainbow” came about in 1994 and is one of the longest-running advertising campaigns ever.

They took to social media in 2009 to utilise the different social platforms to reach more customers. Skittles cleverly uses humour to entertain its audience on social media without deviating from its brand image.

Before launching their new product, ‘Giant Skittles’, they collaborated with influencers to create excitement before hitting the stores. Working with authentic brand “super fans”, they produced colourful and vibrant content, whilst still maintaining the brand's tone of voice, to effectively reach and engage with a wider audience.

18 Skittle-loving influencers created 52 pieces of authentic content, achieving over 143 00 impressions, an average Instagram engagement rate of 3.3% and over £6 000 in Earned Media Value (EMV).

Instagram Reels effectively engaged the audience and wowed fans ahead of the launch. For example, lifestyle and micro-influencer Natalie Reynalds featured Skittles in a fun and creative Reel. She changed into each Skittle colour, achieving a 4% engagement rate, more than six times the industry average. This shows the power of true advocacy from the sheer time and effort that went into creating high-quality content for such a low-value product.

As mentioned previously, the hospitality industry was hit hard during the pandemic. Whilst many businesses turned to home delivery, others waited for the lights to go green again.

Whitbread PLC, the owner of restaurant brands such as Beefeater, Brewers Fayre and Bar + Block, had to close multiple chains due to the ongoing lockdowns. However, once the doors re-opened, they used influencers to help build trust and reassurance about dining in again. Using influencers to share their experience enabled Whitbread to help eliminate any sense of uncertainty people might have had. Their access to a wide pool of people who trust their opinions made them perfect for creating excitement about returning to their restaurants.

The results exceeded expectations with Brewers Fayre where they targeted micro-parent influencers and invited them to enjoy a free meal with their family. 31 influencers created 48 Instagram static posts, 10 Reels and 98 Stories. Not only did they gain fun and engaging content they could use for their own channels, but they managed to create buzz and excitement that got people back eating in their restaurant.

If you want help attracting and managing authentic influencers to promote your Food and Drink brand, grab a demo of our influencer marketing platform now. Are They the One? How To Find Influencers For Your Brand A Guide to Spotting an Inauthentic Influencer How To Reach Generation Z in an Ad-Free Age Receive blog digest emails straight to your inbox
Sign me up